The 1990s in popular culture is typically referred to as the decade of "anti-fashion".

I like to refer to it as the decade where I look back and gag. Thank goodness I wasn't a teenager in the 90s. Remember when clogs were hot? How about over sized blazers? The 90s, thank goodness they are over, if not for fashion choices alone.

"And grunge? Is this bad or good? Undecided. I don't even know if I'm referring to the music or the fashion, but there it is." Daniel Cody Richmond.

Well Grunge is another word for dirt or soil, does that say anything? Here's what Wikipedia has to say on the issue:

The grunge style which was influenced by grunge music, which achieved mainstream popularity in 1992. Grunge Fashion consisted mostly of plaid, flannel shirts, stonewashed blue jeans, and dark colors. Grunge fashion popularized Doc Martens style shoes and boots, and high top sneakers in red, indigo, forest green, and black. Grunge fashion emphasized long, straight hair. Grunge fashion was a unisex phenomenon. Although the grunge look was considered "anti-fashion", the fashion industry turned the grunge look into a distinct fashion style. The fashion industry began selling such items as plaid hooded sweatshirts, plaid sweatshirt vests, plaid long sleeved t-shirts, and plaid shorts. The "fashion" did not evolve out of a conscious attempt to create an appealing fashion, but due to the inexpensiveness of such clothes and the warmth that they provided for the cold climate of the region. The media, rather than focusing on the music, would give this fashion a heavy amount of exposure. In the early 1990s, the fashion industry marketed "grunge fashion" to a widespread audience, charging relatively high prices for clothing that they assumed to be popular in the grunge scene. Similarly, the media would view grunge as a whole culture, assuming it to be Generation X's attempt to create a culture similar to the hippie counterculture of the previous generation. 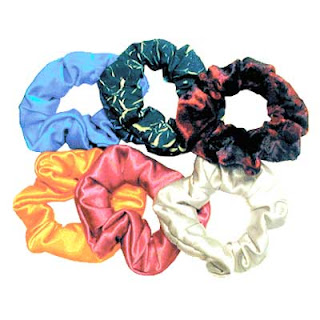 "Scrunchies, especially the big ones. I used to wear those all the time." Audrey Hyder

If you were a female child of the 90s, you had scrunchies. It was a given. But the bigger your scrunchies the cooler you were.

And yes, you could make your own scrunchies! I use to make scrunchie after scrunchie and there is no way I would ever need all those scrunchies but that's what you did as a girl in the 90s. And then you wore them. And that's a sad story within itself. 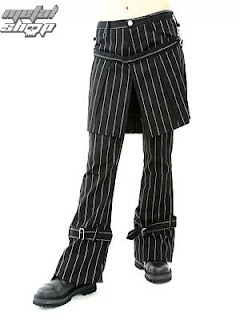 "Skirt Pants. Every girl in my middle school had a pair of these in the 90s.I have to admit, I still think they look pretty cool. Sadly, I haven't owned a pair since 1998! I think everyone bought them at Limited Too!" Alexzandra Spatopolis

I couldn't find anything on skirt-pants except for pictures. Yes! They do exist. But maybe we're just trying to move past the pain or maybe were trying to forget. Either way, skirt-pants seem to be a thing of the past, for now.


Decorate Your Own Sweatshirts 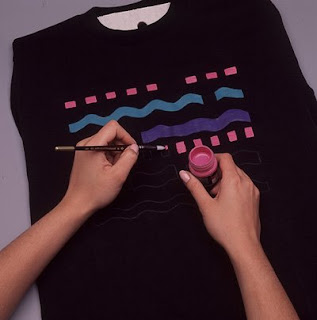 Creativity, what a wonderful idea. Too bad the people of the 90s decided to wear it. Can you imagine seeing someone wearing these now? Fashion, it's a crazy, crazy thing.


Other Fashion Fads that we love to hate or hate to love.

Fads come and go, but you'll always be close to my heart no matter what you wear (as long as it's not the decorate your own sweatshirt, we have to draw the line somewhere.)